I got on the flight – I had the ticket but with 250 people getting on it was a chore. I succeeded! A HUGE wing was in my way; a couldn’t see either taking off or landing and 10 hours later I was at Tel Aviv, Israel the next day. Sheila met me, I was so glad and we went off around Israel to the bakery and to buy a hairdryer (she wanted one for the house).

We went home and met everybody for lunch. I slept, walked, helping Sheila make dinner and now I’m writing … just a day in the life!

I woke up to a munching of cereal outside my door. I didn’t know what time it was so I was checking my cell phone – it was 7:22 am. I slept!! and I woke 7 hours ahead, I had 11 hours of sleep. Go figure! I showered – that was really good – I hadn’t showered for 2 days, believe it or not.

My niece, Naomi, was getting married so I gave her THE PRESENT and we went to her apartment. The Ben Gurion airport was our next stop and we pick up our sister, Mary and her husband Derek, with all the suitcases. 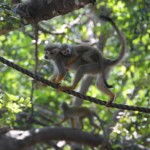 We went looking for monkeys at the Monkey Park along the way. There were a lot of monkeys! 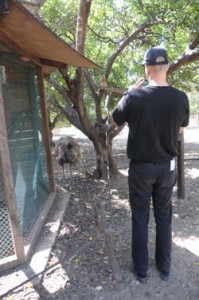 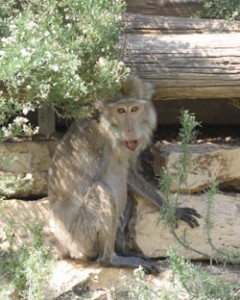 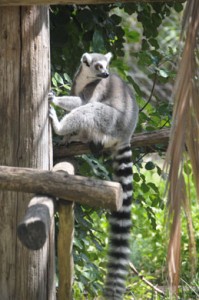 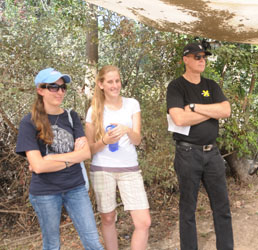 Mary, Derek and I had dinner at the Jerusalem Gardens Hotel and went to bed …

I woke up in Jerusalem! And the place provided breakfast … It was so exciting to see the place from my window. Cars rolling by … On Day 2, there were not cars; in this area the cars are parked for the Jewish Sabbath Day. There weren’t many cars, other than us. 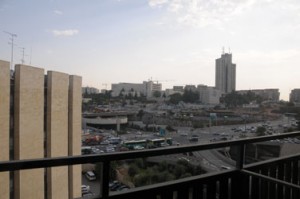 We (Mary, Derek and I) went to the Bible Lands Museum and had a tour of the place with a little woman who talked and talked about Babylon.

Then we went home to our hotel. Mary and Derek had a sleep and I waited for Sheila. She came and we talked. Eventually Mary and Derek joined us and we went out for dinner. Sheila promised us Sharma but she didn’t find any — the place had moved. Derek found a place just down the road a bit. It was opened 5 days ago and it was so good!