I bought this plant at Home Depot and put it in it’s pot. It took about a week to bloom and it kept going up, and up, and up …  about 18 inches … and one going up beside it. 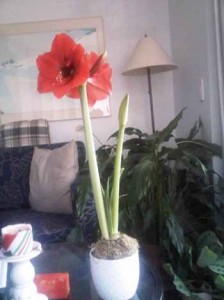 Wow! I wasn’t expecting this. And the another two blossoms coming in the same bloom. I’ll update you in a couple of days. 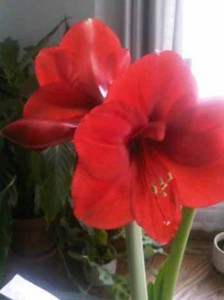 On December 1st, we sat at the bar in Chalkers Pub and Bistro. We ordered dinner of stir fry with rice and vegetables. Mine came with shrimp, big juicy ones combined with stir fry sauce. It was delicious!

We didn’t order beer, which would have been a good idea as it was a pub but we ordered wine. The Rosemount Shiraz was good.

The Fingerstyle Guitars Association put on as a special event featuring Adam Rafferty. He plays lots of ‘funky grooves’ by Stevie Wonder, the Beatles, Stevie Ray Vaughn, Jim Hendrix and Michael Jackson. He did one by Bonnie Raitt which was amazing! And Tommy Emmanuel, which Adam adored. I was at the Tommy Emmanuel concert in  the spring.

To the 360 Restaurant at the CN Tower.  It was beautiful … the scenery, the menu and all of it!

It’s almost December, November 23rd, only 9 days until the first of December. It is 11 degrees outside and people are hiking outside to and from the mall with their sweaters on or there coats open. It is sunny. Outside the mall at Eglinton and Yonge, is the Holiday Tree, big and beautiful with a star on top. It’s star is parallel to the half moon rising in the 4:30 pm twilight.

I haven’t written for a while. I’m sorry world! I HAVE TO write!

For example: I was walking along the pathway when I discovery a sign. It said “Lung Cancer Canada Grove” …and I though of my mom.

She died of lung cancer about 8 years ago. She didn’t smoke or anything. I haven’t been able to write about that. It took about 2 and a half years for the cancer to kill her. 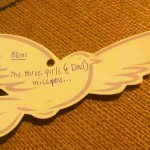 I received a letter in the mail from the Princess Margaret Hospital and a little bird thing that required my Mom name on the one side and all the people that missed her on the other. It had ‘Partners for Hope … Give Hope. Make Progress. Create Impact. Believe It. We will conquer cancer in our lifetime’. I’m not sure that it will be in our lifetime. But … 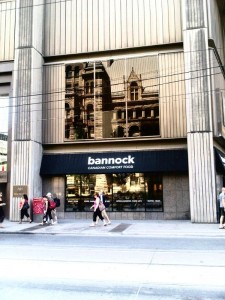 For example:  I am outside the City Hall November 27th … I came down to watch the Grey Cup Parade but I didn’t make it. So I went into the Bannock Restaurant where they have lunch/dinner and a snack bar serving coffee, sandwiches and various things for dessert. It’s right near the City Hall so I didn’t make it that far except that the people were leaving and I got trampled!

Right across from me there is the old city hall and I’m determined to take photos of it … I haven’t but today is the day. 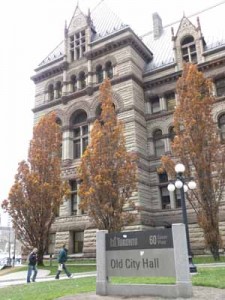 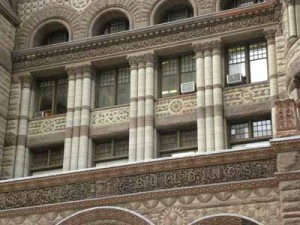 For example: I was riding on a streetcar along King Street and I looked up. I was coming up on John Street. Metro Convention Centre was at the end and looking further down, was the Roger’s Centre with the CBC on the left. The people/gargoyles were alive; painted gold and all cuddled up on the wall. And I loved it! 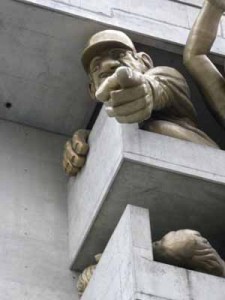 I am in a novel writing class … now don’t laugh! My stroke removed all of the words I had ( I couldn’t even write, read or think) but 6 years back from a stroke I WANT to write a novel. It’s hard, so …

… I am in a novel writing class. I began in September 20th and I made it to 4 classes. I handing in my piece of work on time and wrote on thing on paper for “the dream”. It is the major character having a dream. Not to worry, I had the major character in the novel as a robot and I couldn’t see what kind of dream he has. So I completed it as ‘Life vs Dream’ and he sank in water.

Right next to my townhouse, there is a trail that goes down to a park. First, we went to Serena Gundy Park. It’s quiet but you could hear all the noise filtering down – traffic noise from Eglinton and Leslie Street. 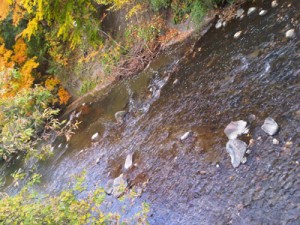 It’s quite small and was joined to the parks by a bridge across the river. Sunnybrook Park and Wilket Creek Park were the next parks to do but instead, we wandered down to Ernest Thompson Seton Park which was down the river bit beside one of the train tracks. 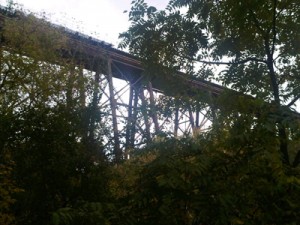 In Ernest Thompson Seton Park they had eighteen Frisbee holes with each one having a start plate and a finish. Dan, my daughter boyfriend that I talked to Wednesday, was quite willing to give me all of the information I needed as he plays Frisbee golf with his team. 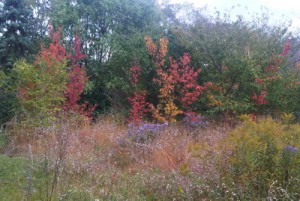 We made it past the Overlea Bldg Bridge, with its legs extending into the park as it goes overhead, and into the Thorncliffe area. Up, out of the park we came, and set off to my place. 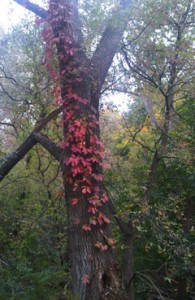 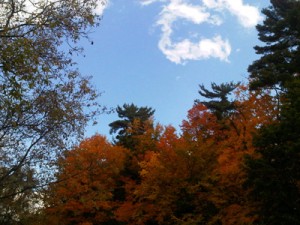 It was a really nice walk – cool but yet warm, sunny but cloudy and the trees were orange, red and yellow. It had all the things that we were expecting on a fall walk.

So Happy Thanksgiving for all you people who aren’t American. It is very nice to have the holiday early instead of the American Thanksgiving, so close to Christmas … 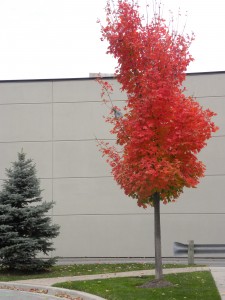 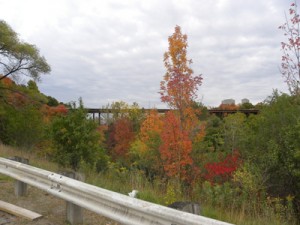 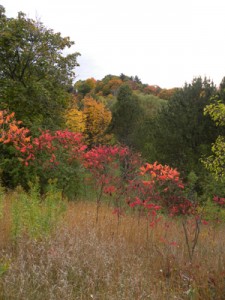 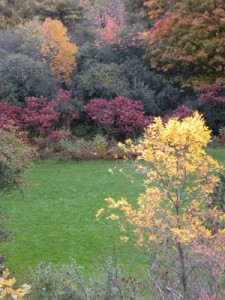 I went downtown to Sultan’s Tent Restaurant, Front Street, to see belly dancing. Have you ever been there? We got there rather late; a reservation for 10:30 pm and the dancing began it 11:00 pm. It was fun. There were so many ladies there – brides and birthdays – and they all got up with the dancers to belly dance! 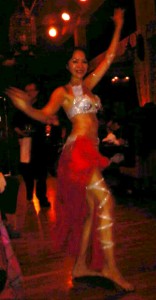 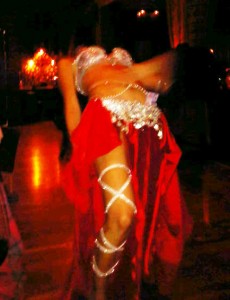 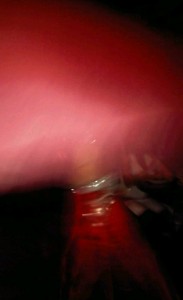 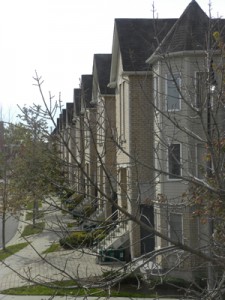 I love my townhouse! – kitchen, a living room, a dining room, 2 bathrooms, a master bedroom, and one OFFICE! I can’t believe that. It’s way back, my office is, and it has one window. Every morning I go onto my office and I work there until noon; doing my web design and answering emails.

There’s trees all around my office but one of my favorites trees is yellow. It’s autumn of course… I was watching a robin sit on the fence: s/he stares up at me and I stared at her/him, and a woodpecker too, tap, tap tapping on the trees. I haven’t seen birds since I moved to the apartment, apart from seagulls and starlings. One day, I was watching a raccoon sleep on my balcony! 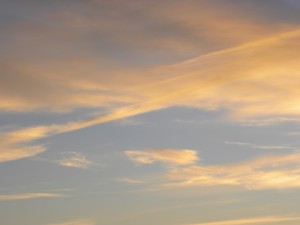 I have moved from the apartment in the sky to a townhouse on the second floor. I am feeling so-o good about it! It’s been terrible, of course; 5 days of packing up. The movers were here and I go on unpacking …

I decided to blog in March 2011 after my daughter and her boyfriend felt I had so mach to say about the things I do to Toronto; I’m always busy. I wrote about people, places and events that I attended in Toronto. I had a blog but eventually I changed it using WordPress to make in into one big website. You can see it; blog = LifeFocus and photography = Jen Photo Art.

I wrote all about Toronto and stuff I did in it … I’ll probably do that still. My LifeFocus.ca website is something beyond that… it is life, relationships, nature and all that.